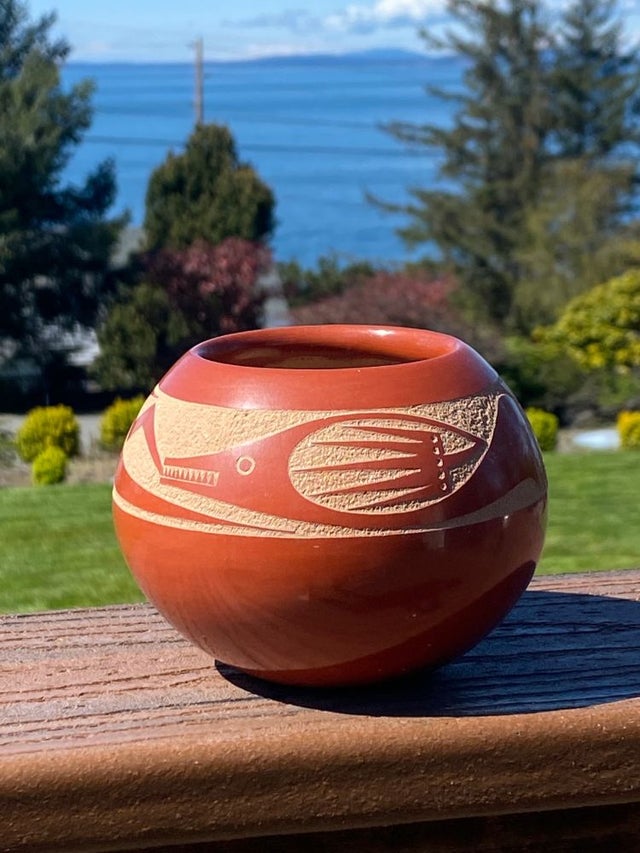 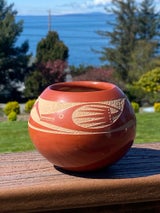 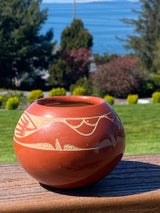 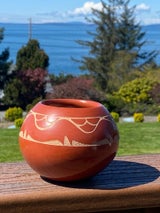 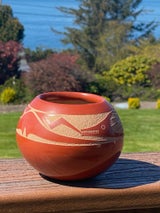 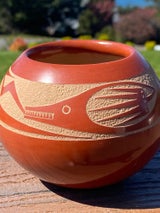 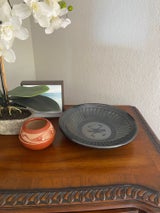 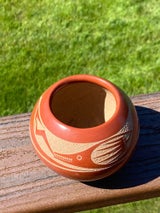 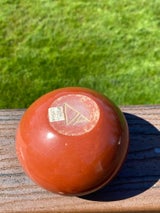 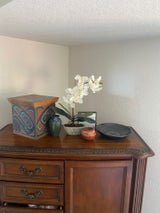 Tony Da, (pronounced day) was the grandson of Maria and Julian Martinez, and the son of Popovi Da. All were talented potters and masters in the art of watercolors. Popovi Da, Tony’s Da’s father, was born Anthony Martinez in 1922; his Tewa name was Popvi Da which he legally changed in 1948.

Tony Da was born in 1940 Anthony Edward Da also known in San Ildefonso as Thun-Phoe-She or Sun Dew. Tony learned to make pottery from his famous Grandmother, Maria Martinez after he finished his Navy duty in 1964. Tony lived with Maria Martinez and began his apprenticeship at twenty-six from one of the most well-known pueblo potters. Maria encouraged Tony to become a potter and ” go ahead and make good pottery”.

Tony Da would make thinner pots than his grandmother Maria Martinez, and over time he began his own style. He first started producing pottery that he signed in 1967. In August of that year he entered the Gallup Inter-Tribal Ceremonial and won four first-place awards and one second for pottery. Hi pottery career had begun in a spectacular fashion and was recognized in the “Albuquerque Journal” for his excellence.

Tony Da is considered to be one of the finest pueblo potters. His artistic life was cut short on April 15, 1982; he was only 42, a motorcycle accident left him damaged for life. Tony Da had hit his unprotected head when he laid down his bike, which caused a significant brain trauma. The accident robbed him of a long career, not unlike his father Popovi who died in 1971 at age 48 and his grandfather Julian Martinez who died in 1943 at age 46.